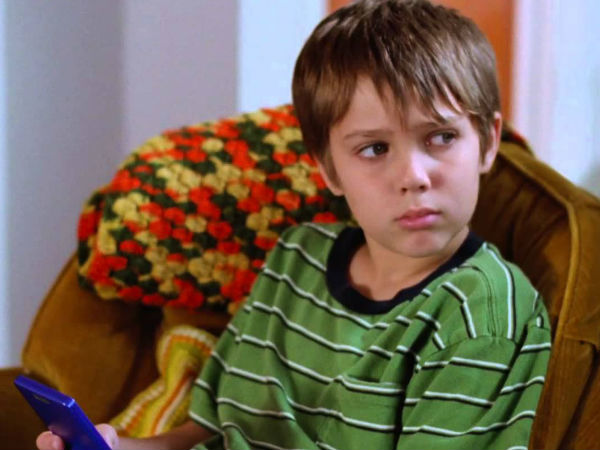 The newest picture of Richard Linklater, Boyhood, has just gone on release in the UK cinemas. It is a truly unique film, a fruit of cinematic work comprising no less than 12 years. The director of the memorable Before Sunrise (1995), starring Julie Delpy and Ethan Hawke, has gained appreciation thanks to his incredible ability of telling slow-paced, mostly dialogue-based stories contained in a 24h time-frame in a truly gripping manner. With this new production, however, Linklater surpassed all expectations, charting over a decade in the life of a boy and his family. And, what is quite impressive, he achieved that goal not by means of trickery, commonly employed in the film industry on purpose of faking passage of time, but with extensive footage accumulated in years of filming growing-up children and their ageing cinematic parents. 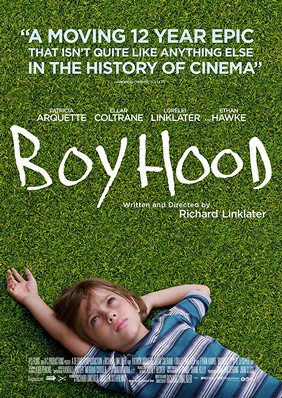 Boyhood has very little to do with your average epic on coming of age. It does not replicate classical juvenile drama with its obvious turning points, nor does it follow the main character down the glorious path to becoming a man. Instead, it registers the process of growing-up in the contemporary world, on the ever-fluid background of the cultural, historical and political reality. It is a true anthropological document of our era, recording new reference points on the line of time. Although, as Linklater himself noticed in an interview: “I thought there would be more examples in the culture. What happened is that it was really only apparent in technology. (…) It’s all in the games, cellphones, computers. There is no car that drives by and makes you think, “That’s so 2004!”. There are no hairstyles or clothes that really leap out at you. (…) And did a new music style emerge in those 12 years? The paradigm was already there. It’s an extension of an idea that we’ve already discovered all the major things about our universe – relativity, gravity, the biological aspect of evolution. Maybe there are no new areas that will completely blow our minds.” (“Richard Linklater”, Sight and Sound, August 2014, Vo. 24, Issue 8, p. 23)

Yet even in the abstract, regardless of that unique point in the history of humanity where we currently find ourselves, Boyhood is an outstanding portrayal of the most perplexing period in the human life – the time of self-discovery in the world governed by adults who are typically no less confused than their children. In the film, the complex system of control, encompassing every and each aspect of the young person’s existence, is enforced on Mason (the phenomenal Ellar Coltrane) and his sister Samantha by the authoritarian characters of two subsequent stepfathers whose rigid attitudes towards life originate in their own unresolved issues. The opposite approach to upbringing comes from the children’s biological dad, Mason Sr. (Ethan Hawke), a free-spirited music lover who, although not exactly successful and still living apart from his family, appears a much better father figure than his dictatorial, financially solvent substitutes.

We observe Mason’s growing-up struggles on the backdrop of the American society with its religious twists, love of guns and nationalist obsession. The satirical portrayal of the local way of thinking adds to the picture an element of sardonic humour, but most of all serves as an important socio-cultural context, since it is this and no other social background that spurs Mason’s resistance and pushes him to break out from the existent norms and doctrines. The need for defence of own individuality comes gradually with contemplation of the ever-present oppressive mechanisms and development of critical thinking towards the environment.

But then, again, this act of rebellion does not take any spectacular forms that one might expect from a typical movie with such a theme. Rather than a violent outbreak, it is a peaceful internal battle whose purpose is not to attract anyone’s attention, but to come to terms with oneself. The model of a free-thinking dad appears crucial to the young boy’s self-definition. It is the live-away-father who introduces Mason to the world of alternative music, shows him how to be a man without turning into a macho and demonstrates that it is possible to be a worthy human without necessarily following the most popular path. Having an appreciative dad he can talk to about virtually anything assures Mason in his first serious choices and allows him to establish his own system of values.

As it is the case with every significant piece of fiction, be it film, literature or drama, Boyhood‘s deeply universal expression stems from a story of an individual: an independent youth who objects to the standard, narrow-minded vision of the world cultivated by the majority and insists on being his own guy. There might be millions of other teenagers struggling for the same kind of freedom at the same point in time, but what we witness on screen is Mason’s personal battle which he must carry out by himself. That said, placing Mason’s story in the centre of attention doesn’t make Linklater’s film a one character drama. Beside him and his male circle, there is a whole array of female figures, including the boy’s ambitious mum Olivia (Patricia Arquette) who tries to balance self-fulfillment with challenges of single parenthood, and his older sibling Samantha (the director’s daughter Lorelei Linklater) who quietly passes through the same process of maturation, except that it takes place in a slightly different, gender-specific cultural context. Growing up in this predominantly female environment is a hugely significant part of Mason’s life experience, as it gives him a unique insight into the world of women and teaches him how to effectively communicate with the opposite sex.

It is precisely this multiple focus (along the protagonist’s juvenile dilemmas we get an opportunity to follow a variety of adolescent and mature characters negotiating their way through the world) that determines the picture’s epic quality. For as much as about growing up, being a child, a boy, a girl, an adult or a parent, Boyhood is about life as a process in which we discover who we really are and what we stand for. As Linklater himself said in an interview, “the film is not trying to capture the big moments. It is really trying to capture the small, little parts of life.” [The Guardian] These tiny segments of time are preserved by the human mind as impressions, and then live inconspicuous in our memory until one day they come to the surface by means of association, resulting in an acute feeling of nostalgia. As far as I am aware, no contemporary motion picture has so far illustrated the passage of time and our perception of it in a more comprehensive and captivating way than Boyhood. With charm and humour, fantastic soundtrack (including such indie classics as Do you realize? by The Flaming Lips), beautiful cinematography (Lee Daniel/Shane Kelly) and outstanding cast, Linklater’s new drama is a cinematic experience not to be missed.