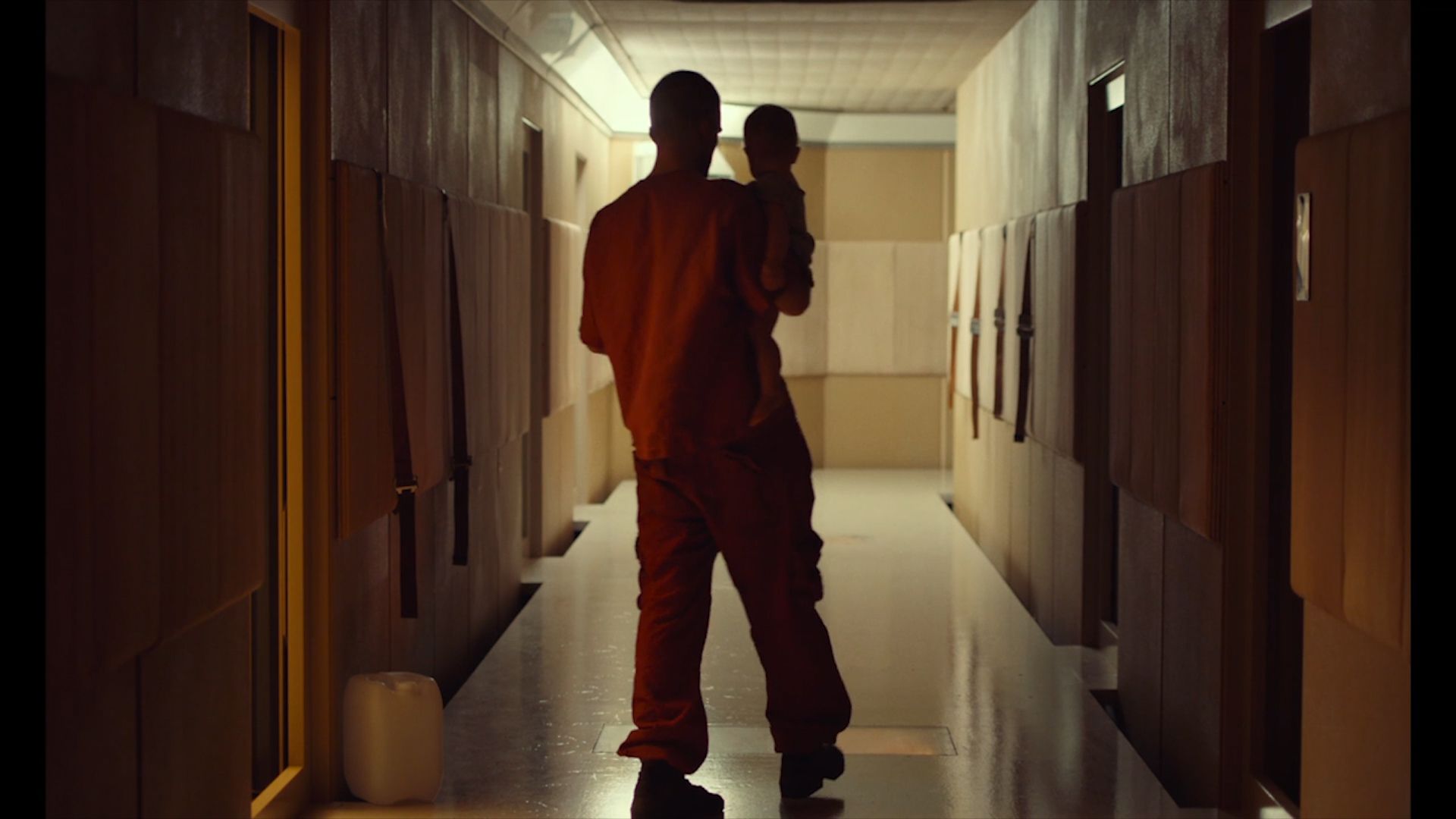 High Life, the first English-language film by French director Claire Denis, is far removed from the typical sci-fi tropes, such as the glorification of space exploration, praise of the human spirit and the incandescent belief in mankind ultimately finding its way out of the utter disaster in which it has landed itself. Denis has never been a member of the happy-go-lucky club of filmmakers who spoon-feed their audiences easily digestible preparations of illusions and fake hopes. Acutely aware of human nature, she often presents it at its most unsightly and unbecoming, at times unexpectedly beautiful, but never appeasingly rose-tinted. And so what lies at the very core of her newest opus is the unadorned truth about us, allegedly the most highly developed mammals on Earth and the self-proclaimed owners of the world.

The sci-fi convention serves Denis as a narrative frame to showcase loneliness as an inherent aspect of the human condition. The script, a collaborative effort of the director, her creative partner Jean-Paul Fargeau and writer Geoff Cox, revolves around a group of life-sentenced criminals being given a second chance as interstellar envoys, sent from the resource-depleted and disease-ridden Earth to space, in order to harvest energy from a black hole. They are managed by Dr Dibs (Juliette Binoche), a female figure of carnal desire driven by the goal of creating a space-born child through artificial insemination. Due to a violent infraction of rules and the subsequent disorder involving numerous acts of aggression, the crew quickly dwindles, leaving Monte (Robert Pattinson) as the only surviving member, struggling to hold on – with his toddler daughter Willow in tow (brilliantly directed baby actress Scarlett Lindsey) – in the giant, container-shaped ship hovering in outer space.

It is Monte who narrates the non-linear story featuring sequences of the past events on the ship interlaced with loose impressions of life on Earth. Disjointed visuals, hazy and fleeting, comprise random filmic excerpts, displayed around the clock in the control room and representing the history of humanity, and personal memories, which – imbued with potent feelings – shape the only verifiable reality of an individual existence. Recalled sensations, like the sound of waves crashing on the shore or the feeling of a humid softness of turf under bare feet, along with a range of both traumatic and pleasing experiences recorded as unstructured imagery, build up the unique universe of a singular human being – a deep mystery safely guarded from the unwelcome interest of curious onlookers.

Solitude and despair are the most prevalent sentiments defining Monte’s and his inmate peers’ existence on the ship. Deprived of their natural environment and effectively prevented from forming emotionally fulfilling relationships, these are humans at their most vulnerable, drifting backwards towards their once forgotten, yet still deeply ingrained, animalistic condition. Subjugated to the laws of the master, medicated and stripped of basic dignity, they attempt to subvert the regulatory force and repeatedly transgress. Societal taboos fall, leaving room for new rules or an utter anarchy. Delving into the troublesome relation between an individual and society, Denis ponders the false choice between belonging vs. being alone. Does society offer more than it takes away from an individual? Is solitude among others more or less painful than in total isolation?

The set design, strongly reminiscent of Tarkovsky’s Solaris (1972), is cold and sterile, periodically filled with the blue and red lights of critical alerts. Brilliantly photographed by Yorick Le Saux (Only Lovers Left Alive, dir. Jim Jarmusch, 2014) in a grainy palette of earthy tones, it enables Denis to exacerbate dread and desperation permeating the lives of her characters – the “recycled scum” condemned to perish in the vast expanses of the universe. Long, oneiric takes and sensitive close-ups of their worn-out faces effectively convey the eternal limbo state to which they are subjected, reliant on life support systems extended every 24 hours upon dispatch of a daily report. These are human beings whose circumstances never let them forget about the most primordial truth of existence – that they were born to die.

Denis’s obvious affinity with Tarkovsky does not limit itself to Solaris. The film’s aesthetic and philosophical expression seems even more indebted to Stalker (1979), the Russian director’s enigmatic masterpiece on the limitations of human cognisance. Greenery, soil, moisture, bodily fluids and, perhaps most obviously, the recurrent motif of a dog as a symbol of the closest bond humanity has formed with the animal world (by enforcing obedience, which for Denis is of a crucial importance), all point to Tarkovsky’s metaphysical vision. As does the patchy narrative structure – clearly suggestive of the human experience of time, which – irrespective of the broader astrophysical context – proves relative due to its intrinsic dependency on the imperfect mechanisms of an individual mind. Unsurprisingly, the film also echoes the most referential sci-fi ever, 2001: A Space Odyssey, as much as Denis inverts the Kubrickian trajectory by pulling her characters down from the greatest heights of spirit to the lowest depths of flesh, while simultaneously keeping them right up in the skies.

The remarkable performance of the lead, Robert Pattinson, so far known mostly from the teen saga Twilight, plays a crucial role in bonding the picture’s conceptual elements. Finally given a chance to demonstrate his craft and sensibility in a serious dramatic part, he astounds with his intense yet focused screen presence, perfectly capturing the character’s confused state of mind. Plagued with the visuals incessantly displayed by the ship’s monitors and his own vivid memories of Earth, a source of both indescribable sadness and solace tinged with a suppressed fear of the ultimate, he is at once despondent and alert in his quest to survive. Ultimately, it is the newborn baby – a nearly miraculous fruit of Dibs’s experiments – that becomes his only driving force and the last remainder of his human constitution.

The film boasts an impressively tight connection between image and sound, so strong that they seem inseparable, which is probably the highest aim a film composer can strive for. The director’s long-time collaborator, Stuart A. Staples from Tindersticks, has written a hypnotically subtle and intimate score featuring electric guitars, various acoustic instruments, fingertips and raindrops (falling on heavy-duty paella pans), in an effort to evoke the void, the infinity, as well as the correspondingly immense pain of a solitary human lost in the midst of it all. The closing track Willow, with Pattinson’s guest vocals, is as tender and understated as the actor’s performance, leaving the viewer with a penetrating sense of anguish and melancholy.

Directly referring to the finest examples of the sci-fi canon, High Life is just as idiosyncratic as its inspirations. Self-assured in its poetically raw aesthetic, it impresses as a bone-chilling study of humanity reduced to the lowest form of existence, following the age-old conflict between individual freedom and the system of forcefully implemented societal control. A highly unnerving depiction of a dog-eat-dog world which, despite its ruthless and corrupt nature, remains filled with the irrepressible need for emotional connection as an essential condition of survival, this universal, original and flawlessly executed drama demands to be seen as Claire Denis’s tour de force.