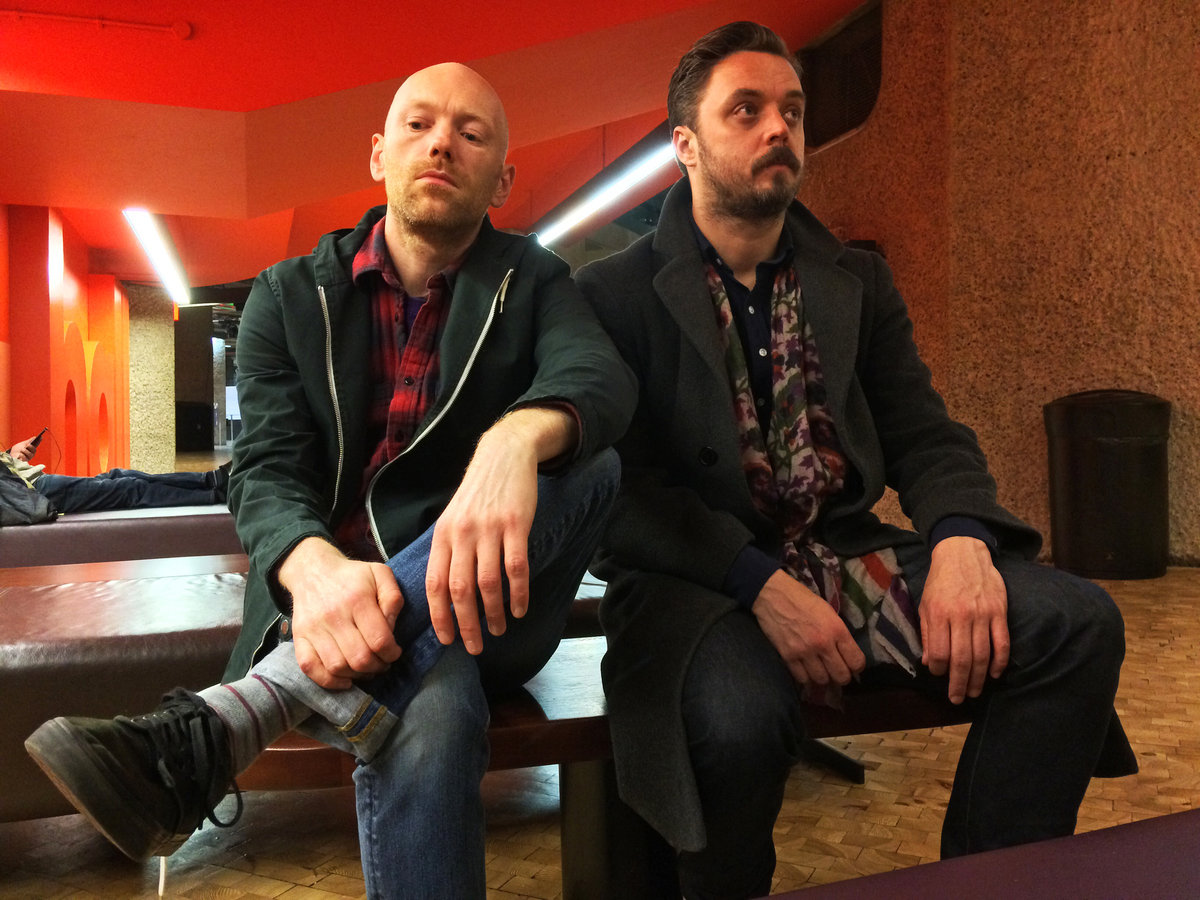 Jason Carty and Jodie Cox, both prolific members of the London math rock scene in the late ’90s up to the early ’00s, originally met on stage when playing in their very first bands, respectively Geiger Counter and Ursa, later on associated with the independent record label House of Stairs. However, as the scene gradually receded, they went their separate ways and nearly fell out of touch for over a decade. While Jodie formed Bullet Union and Exes, and collaborated with a range of outfits, including Narrows, Earth and, most recently, Sex Swing, Jason co-founded Foe, joined up with Art of Burning Water, studied music composition and tried his hand at writing for dance and theatre. Eventually, their paths crossed again, this time leading to a close collaboration which, interestingly enough, represents the first instance they have ever played together.

As Markers, these two seasoned musicians set out to conquer a completely new territory. Opting to reject the protective shield of the hard rock formula left them utterly exposed, as they pinned all their faith on the primordial power of strings plucked by a human hand. This project is an expression of their deeply seated need to challenge themselves in their natural inclinations through a radical departure from genre music and an attempt to exploit more nuanced musical realms, along with less obvious aspects of their artistic personalities. Having stripped their sound to the bare minimum by eliminating vocals and rhythm section, they are compelled to focus on every single note produced by their instruments. That, in turn, enables them to discover a whole new range of structural possibilities and, ultimately, achieve a higher degree of emotional expression.

With every tone allowed to completely sound out, Markers’ music is firmly anchored in time. Thus, it naturally forms an intricate relationship with the medium of film. Both guitarists have a keen interest in cinema, especially in its slower, meditative variety, quoting Angelo Badalamenti (Twin Peaks, dir. David Lynch), Ry Cooder (Paris, Texas, dir. Wim Wenders) and Johnny Greenwood (There Will Be Blood, dir. Paul Thomas Anderson) as their primary influences. It comes as no surprise then that their work, born from a fascination with the process of becoming, evokes images of unsettled skies and a vast, rugged landscape striped with dirt roads stretching as far as the eye can see, and much beyond, into the unknown.

Their first record, Heaven in the Dark Earth, four years in the making and to be officially released on 22nd February by God Unknown Records, is (as it must be) a journey in its own right. Inherently suggestive of exploration and self-discovery, it draws its flavour from the appreciation of a fleeting moment, still present but already on its way to disappearing into oblivion, along with that barely articulated haunting chord sustained for precisely as long as it requires to exhaust its content and die away. Yet, however tightly interwoven with time, Markers’ music flows freely, like a lyrical stream of consciousness absorbing and reflecting elements of the world in which it is embedded. As the players enter an intimate conversation, completing, interjecting or daring each other’s turns of phrase, they let themselves be carried by those reflections, while revelling in the all-encompassing instant suspended in a tone (and vice versa: a tone suspended in an instant). It is this patient reverence to a single musical unit, carrying a sliver of a mental image encapsulated in time, that gives Markers’ work not just meditative but nearly metaphysical quality, as they strive to touch upon the intangible.

Markers mark time. Every piece on their debut album alludes to the process of transformation, with quiet notes giving way to more intense passages, in a clear sense of narrative development. However, the duo does not stop at that. Listening to the vibrating tones coming from beneath their fingers it is hard to resist the thought that they capture the very essence of sound. Like an ancient fossil, Markers’ music seems to enclose the most fundamental truths about the nature of the universe. It represents all things that change, yet still remain the same. Such as the sun tirelessly rising and setting, and seasons coming and going from the beginnings of existence. Both time and image in their completion. Nonetheless, unable to come to life in the void and subject to the moment in which it is bound to fade, sound demands to be heard. Hence, carefully preserved in liquid resin, it waits to be unearthed.

More on Markers and their upcoming shows on their Bandcamp website:
https://markers.bandcamp.com/releases